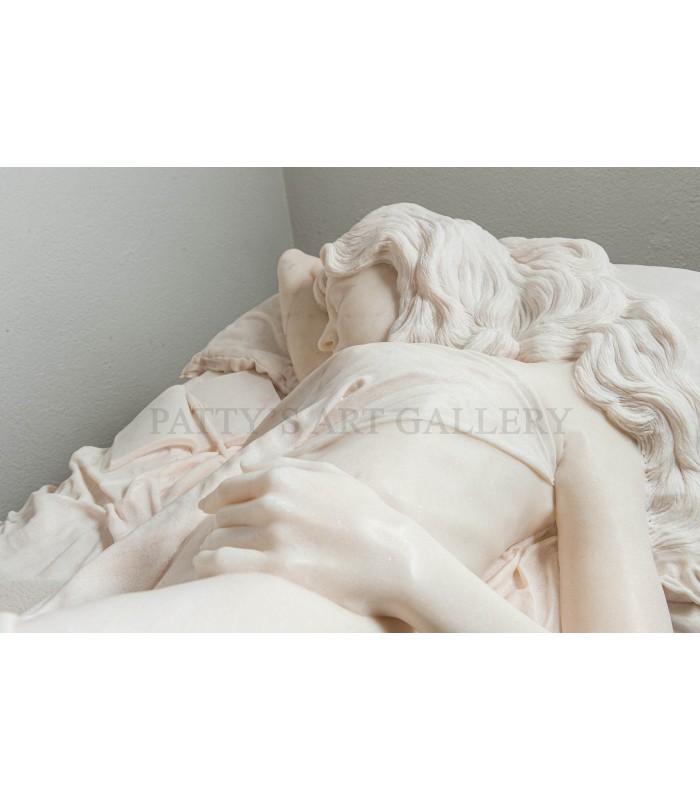 Particularly challenging work that the artist took for its realization every day for an entire year, because Portuguese marble is very hard. Initially the marble block weighed 36 quintals and once sculpted it was reduced to 19.

The model seems to be sleeping. In reality, a half-smile appears on her face because she knows she is being watched, but she doesn't care and remains in her own world. Hence the name "Undisturbed". Next to the woman are two books, one of which speaks of the sculpture "in marble", while the other, opened about halfway through, indicates that the first part of the artist's life has already passed, the rest is still to be lived and therefore written.

Reviews
No comments
16 other products in the same category:
Add to cart
Conceptual