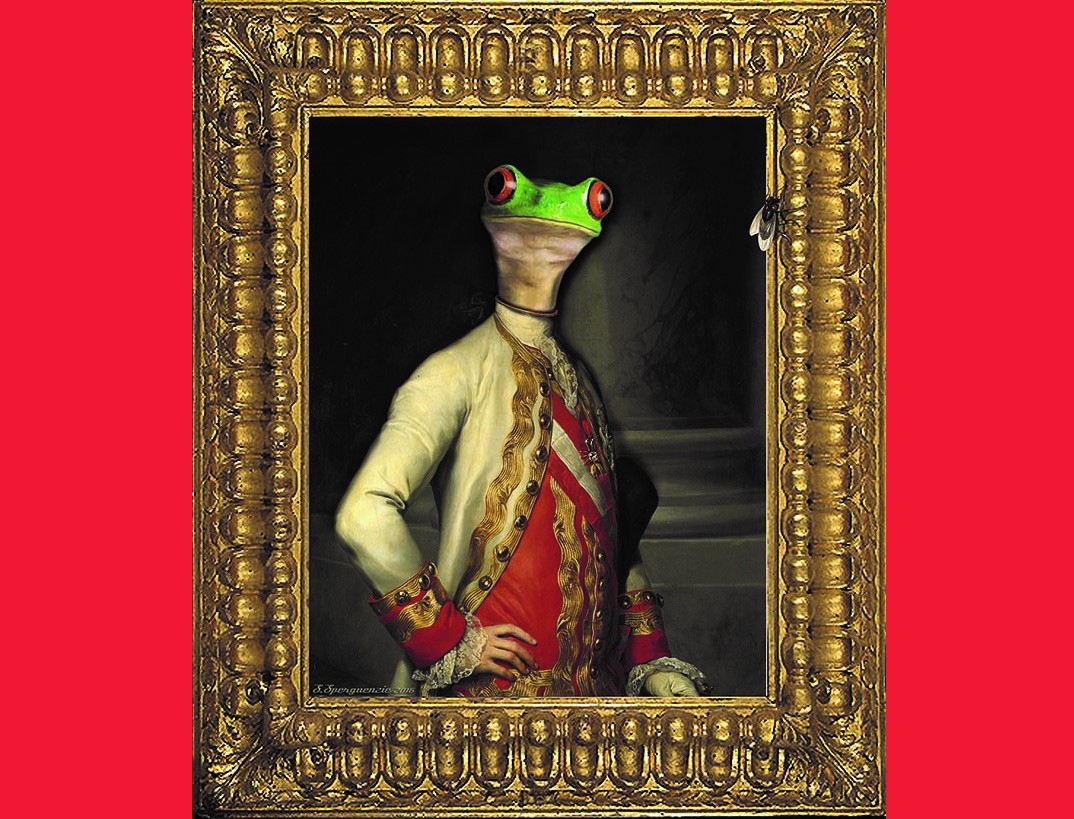 Steve Sperguenzie born Luca Vinciguerra in Livorno in 1966, son of the famous painter Antonio Vinciguerra. He attended the Art School in Lucca and enrolled in the Faculty of Architecture in Florence, also attending courses in design, restoration, engraving and airbrushing. He creates his own cultural association and works in his studio in Livorno, taking inspiration from logos that become furnishing accessories such as armchairs, coffee cups, luminous cubes. Strong is his desire to "scratch" and "shout" to the world his culture and art. The figure of his father helps him to pursue his dreams, to believe that there is no other way but to fight for freedom of expression, denouncing the Ego to excel. Working hard and presenting only things of maximum thickness to remain in the annals and be remembered as the Greats.

Graphic designer, sculptor, painter, musician, Rock singer, Luca is all this, he calls himself Steve Sperguenzie, defined a cross between Mick Jagger and Roger Daltrey. He plays and sings in a psychedelic band bordering on punk with a ukulele, a Hawaiian guitar of Portuguese origin that he painted. He says "it is with music that I support myself and I can buy the materials with which I make my fiberglass sculptures, my light boxes, my pop creations, competing with Andy Warhol and Roy Liechtenstein" . Music and visual art are closely connected in a strong language, which through comics creates bold and explosive images: headless dogs, tongue-shaped armchairs like the "Stoneschair", grotesque cities made of paint, sculpture and chained hearts. What characterizes Luca's creations is also the passion for beautiful things and the search for beauty without any barriers. In his subjects apparent signs purely graphic and decorative, reveal a natural enjoyment and reliability coming to meet our unconscious child, but then, in contrast, reveal disturbing truths, strong dualisms and harsh contrasts. Feelings that serve to make us reflect with art on man and the enigmas that crush him and relate him to everyday bestiality, as expressed by Prof. Dr. Maurizia Tazartes bringing the example of the work "The New Town" a dodecahedron in which is painted a ghost town with its skyscrapers, dark windows so as to convey anxiety and bring to extremes the City that rises of Boccioni or the geometric houses of Giotto. The fiberglass armchair formed by a tongue represents the unbridled luxury between sex and drugs.

Art, design by Luca Vinciguerra aka Steve Sperguenzie is the protagonist of numerous exhibitions and artistic and musical events include: in 2010 at the "Gallery One" in Pietrasanta "Amori illuminanti-illuminati" - in 2011 an important collective Vicopisano, at the Praetorian Palace "Brunelleschi" (where he also exhibited his father) - in 2012 participates in Art Expo Padova. - in 2013 group exhibitions in Lucca, Bologna, Palermo - In 2014 he presented in Milan the "Stoneschair a patent that will be an era" at the "Gestalt Gallery" - Dubai, United Arab Emirates, an exhibition entitled "unreasonable object of desire", in the same year at the former Steam Factory musicians and rock stars exhibit fine art and visual to mention Bob Dylan, Johnny Cash, Paul McCartney, Elvis Costello, Joe Ramones, Ron Wood... A few months later in Livorno presents a solo exhibition at the Art Gallery The Skyscraper and Asti an exhibition and concert in Piazza Duomo with "Symphonic Honolulu". - in 2016 he exhibited in Padua, Milan, Bologna and again in Dubai UAE at the prestigious venue "Le Galerie National" - in 2017 a collective exhibition in Jesolo, Venice, with the presence of critics. - in 2019 in Mantua, concert and art exhibition "Disanima Piano Festival".

60x60 Ecoline and enamels on canvas. Use of the airbrush. 2018
View more
View more
Sperguenzie Steve