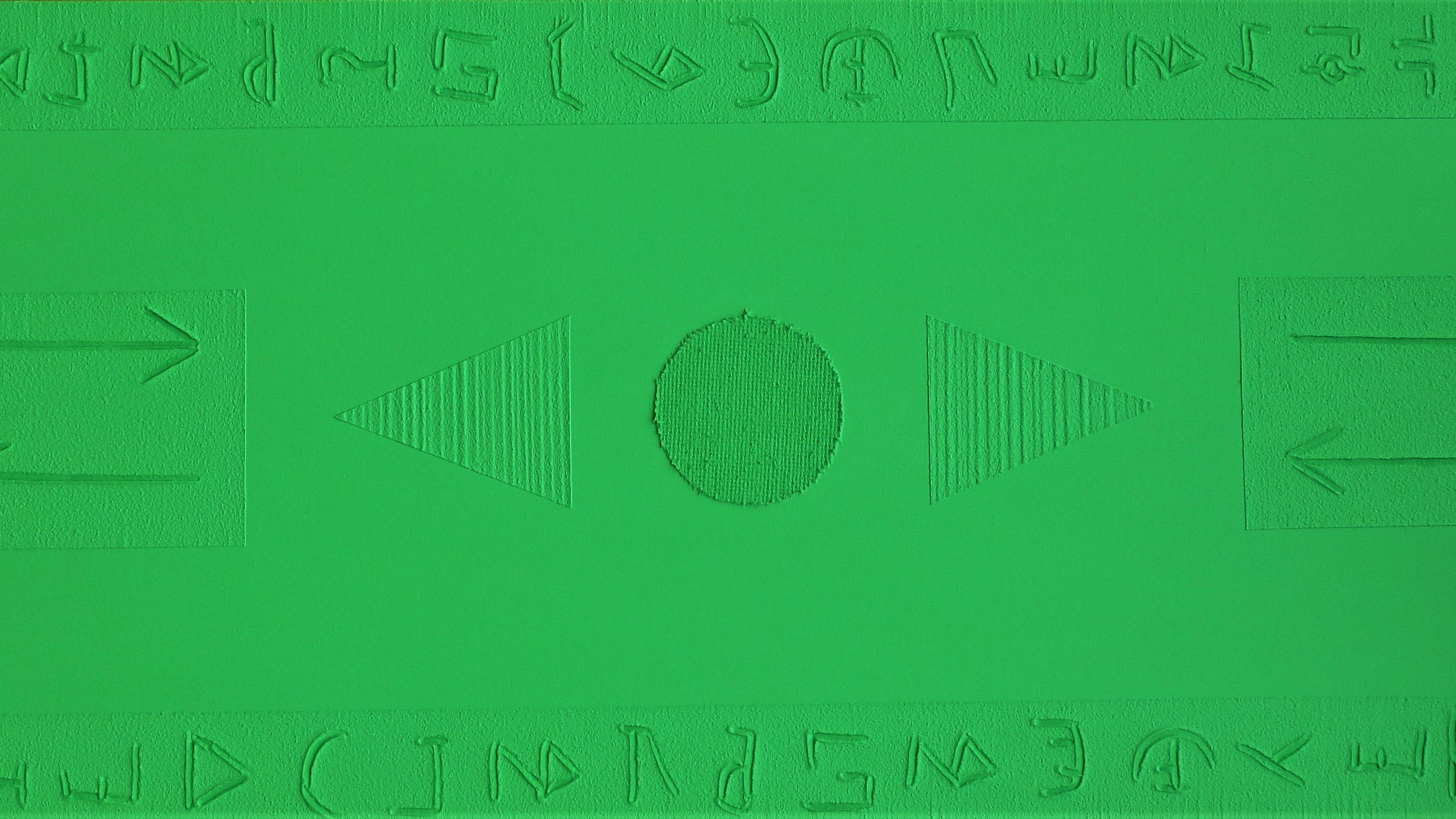 Luigi Cei was born in Mede, in the province of Pavia.

Self-taught, initially the figurative part prevailed in his artistic career. He used not brushes, but spatulas and hands. He copied from life and painted still lives, baskets with fruit, vases of flowers, but although he tried to portray them as they were, some details always came out different from the observed. Later the painter from Pavia moved on to represent the cities seen horizontally and vertically, decomposed and recomposed, with open entrance doors, windows wide open and even closed, pointed roofs and one on top of the other. For him they are like a metaphor for the soul, a city without breath, like city life without breath. Without the space for any escape. It was during this period that Cei used all kinds of materials. Paper, leather, fabric, sequins, trimmings, sequins that he cut, sewn and basted until he felt bored: so he was looking for something more synthetic. It is by searching for a more immediate means of expression that Luigi Cei came to the current research in the field of abstractionism, material. An abstract, his own, which he explains to be "the summary of houses, streets, thoughts synthesized and to flow into monochromes with shapes and colors that blend and match each other. I play with the yellows, with the light and dark greens, with the blurred and I mix them with sand, with earth and with anything else that allows me to give relief and consistency. (...) I want to communicate with signs and ideograms as if I were conducting a conversation with someone (...); that is, I would almost like to take the observer by the hand and illustrate a path through my emotions, my experience, so that he will remember me, a legacy. To remember how Luigi Cei has exhibited in personal and collective exhibitions, in Italy and abroad. Just to name a few: the exhibition in 2003 in Vigevano and Lignano Sabbiadoro but also, in the same year and in 2004, in Forte dei Marmi. Dates back to 2005 the Collective at the municipal library of Milan, to 2006 the Staff at the Chamber of Commerce of Chieti and to 2007 the one in the council room of the City of Cava Manara. Among his most recent exhibitions there is the emblematic "Antiche Forme e Nuovi Segnali", in Cremona in November 2015, a series of works in which the careful compositional balance of each element of the cycle is evident. The critics agreed that <<The geometric shapes are arranged with inexorable exactitude and harmony, they dialogue and reinforce each other ... Rectangles, ellipses, triangles, lùnulas in a composed and rhythmic choreography of straight lines and symmetrical curves that, as in a kaleidoscope, always find new movements and suspensions>>. But in Luigi Cei's graphic works there are, regularly, also mysterious symbols and arrows indicative of opposite verticality - similar to graphs, hieroglyphics, sign representation that seems to refer to the dawn of the written word and human society. The exemplary rigour of Luigi Cei has also been an occasion to recall, on the part of some critics and art historians, the artistic movement MADI (MAterialismo Dialettico) with which the Lombard creative artist shares the re-proposal of images within a dynamic that relies on the rationality of the system. Those of Cei, are surfaces consisting of minimal variations where the shape is repeated in order to reaffirm its presence with minimal differences in tone, thickness, density with respect to the base of the painting.