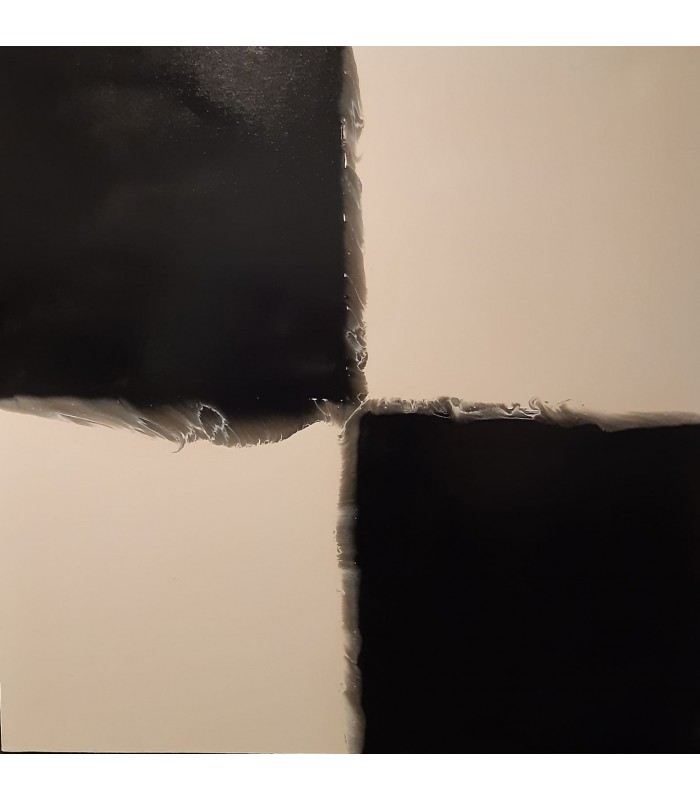 I let each color find its own space,

accepting the invitation to travel..."

Through the opposition of colors suspended in the pictorial space he creates positive and negative antitheses of energy by activating an ingenious movement in which the spots juxtaposed next to each other create chromatic areas interrupted by white fields. White, a symbol of innocence and light, becomes for the artist the pacifying void that emerges from the color creating high evocative effects. It is a new expressive freedom through a practice that is not only the dripping of color, but a continuous search for a calibrated chromatic perfection that is then an analysis of inner calm. Each representation is an internal screening where images are rooted in their origins full of sincerity and unconsciousness. Among the shapes and colors of the surface are born emotions that find themselves acting in a poetic reality that captures the idea and the heart of things. Dark areas and strong luminosity are the protagonists of a journey that is then a magical moment that cancels the opaqueness of the support and manages to suspend the observer with lightness among the tones of great unrepeatable creations.                                                    Anna Soricaro

Reviews
No comments
16 other products in the same category:
Add to cart
Painting

ALONG THE BAY OF HAVANA

THE DESTINATION MIXES LETTERS AND WE PLAY